skip to main | skip to sidebar

Who's Gonna Fill His Shoes?

This entry has nothing to do with the music industry. The last couple of weeks have been spent not only trying to keep up with our family's home life but also with a family that I greatly admire. On Sunday January 31, 2010, this world lost a very precious soul...Rev. Mike Miller.
Brother Mike was my very first Associate Pastor at my very first Pastorate. He was the best at visitation hands down. He was the confidante that I needed when things were going tough. He always had a smile and a cheery word.
Mike and I go back a number of years. He was a Deputy Sheriff and I a Patrol Officer. We generally worked the same shift at our respective departments. Since we both worked in what was at the time a predominately rural area he was, quite literally, my only backup. He was there 'watching my six' when I really needed him.
He is survived by his loving wife, Shirley, sons Tony, Charles, Brian and daughter Stacy and their spouses and all the grand kids.
I say from my heart that Mike will be sorely missed. I wonder now who's "gonna' watch my six"? RIP Brother Mike, till we meet again.
Posted by Jim Profitt at 4:34 PM No comments:

It was announced recently that Roy Webb, former keys for Ernie Haase and Signature Sound, has been hired to the keys position for Gold City Quartet. Now I don't know about you but I think Roy is one of, if not the best, pianist in Southern Gospel. Why would his hiring be of any concern me? Short answer, it shouldn't. Long answer: a long time ago and a galaxy.....couldn't resist. I've known Roy for at least 30 years. I've watched him play and transform from a teenager to a young man, married with a family. I remember how he started and what he sounded like when no one but his church family heard him. He has matured into, what I feel and believe, an artist with no peer. No one can match his ability to perform and minister through the ivory keys of his instrument. I do not feel that a talent should be wasted. It remains to be seen if Gold City can boot-strap themselves to again become a musical force that no other quartet can surpass, let alone equal. The halcyon days of, "We're here, move over!" are long gone. That's not to say that southern gospel as a genre is over, just the attitude, thank you!
Posted by Jim Profitt at 2:43 PM No comments:

Artists Must Start Making A Difference!

In today's socio-economic clime, artists should be having a field day with bookings to tell a hurting world about the benefits of life with Christ. But as I set here typing this I can't help but feel that no one is taking advantage of this opportunity. Why? What is it that keeps you, an ambassador of Jesus Christ, from going forth to tell what Jesus has done for YOU PERSONALLY? I've heard all sorts of excuses from financial consideration to the ubiquitous "They just don't like my style of sangin' no more." It's much deeper than that. I suspect that if you 'aren't being paid attention to' then it's time to draw attention TO YOURSELF AND TO THE MESSAGE OF CHRIST! Let's face it, if you aren't learning new material, keeping fresh yourself, your talents, your bookings and anything else you want to throw in there, then you aren't doing your best for Christ. Take a minute and really look at yourself, as others might see you; Be objective. Do you like what you see? Chances are that you can see for yourself that you need some sprucing up, some practice, some new material. If so, let me encourage you to push yourself out of your comfort zone. Do you really think that Jesus, when He was going to the cross, was thinking, "man I can't wait to get there and let them strip me and pound nails through my hands and feet! Yeah, buddy!" Jesus asked His Dad earlier, "If there is some other way, can we go that route?" Jesus certainly pushed Himself out of His comfort zone for us, why can't we do that for Him? It's not like we are going to be crucified. Do your best for the Master. He did His best for you!
Posted by Jim Profitt at 8:18 PM 1 comment:

Just so you know...I DO NOT get paid from the publicityhound.net blog or from the Evie Hawkins Agency to place reference to them here!
Posted by Jim Profitt at 9:52 PM No comments:

Eric Hinson is launching The New Hinson Revival. According to Evie Hawkins of the Evie Hawkins Acency, they have signed  her as their publicist. As many of you already know, The Hinsons, Ronnie, Kenny, Larry and Yyvone influenced a whole generation of musicians and vocal artists. Kenny especially influenced male vocalists.
Posted by Jim Profitt at 8:23 PM No comments:

This is a new endeavor for me. We will review and discuss any and all artists and their respective music. In addition to the national scene, we will also be discussing regional and local artists as well. If you want me to review/discuss a particular song/CD, then I have to hear it to talk about it. Follow me on Facebook as we get this ball rolling!
Posted by Jim Profitt at 5:56 PM No comments:

Promote Your Page Too 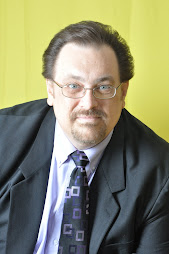